Just Google ‘mold in military bases’. And, check out the number of posts that pop up in the search. It’s astonishing that military families are exposed to horrible living conditions.

As recent as September 2019, the Army released a report. It stated that residents at 48 of 49 bases report safety and environmental issues. And, top concerns include mold, lead-based paint, asbestos, poor water quality and sewage.

Who Is to Blame?

But, the privatization program has many complaints about neglected repairs, unsafe conditions and mold in military bases. Does this program gives corporations financial reasons for poor maintenance? It appears that the Military is failing to hold them to construction and maintenance standards.

Thankfully, major news outlets across the country have asked these questions. Examples include:

Recently, a federal judge dismissed a family’s lawsuit against the property manager of housing at the Keesler Air Force Base.

For clarification, the family claims they are sickened by toxic mold caused by in their housing. But, the judge ruled that they did not prove the connection between their sickness and mold.

What caused these problems? Moisture and water damage were found in almost all of the buildings built after Hurricane Katrina. The private management company allegedly improperly installed air conditioning systems. How do contractors get by with this level of shoddy work?

In response, Secretary of the Air Force Barbara Barrett said that she’ll work with the Senate committee to fix the issues.

The law firm representing the 14 families is appealing the ruling. But, the other 13 cases are awaiting the appeal’s outcome.

The Impact on the Families

As the problems with health and safety issues in military housing are revealed, private management companies and the services promise to move quickly. But, many families have to leave their homes (and belongs!) while the companies remediate the problem. Who knows for how long?

The National Military Family Association (NMFA) has repeatedly called for an independent, neutral third-party arbiter. And, their goal is to ensure that military families have somewhere to go when during repair of their homes.¹ To date, we have not been able to determine whether any response or solution has been reached.

Sadly, these problems are a low blow. Military families give up their original homes, and sometimes their lives and health, to protect our country. Mold-Help.org will continue to follow and publish developments in military housing. 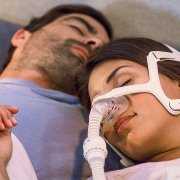 I Couldn't Get Out of Bed!