AUSTIN – In a move that is likely to worsen the snowballing insurance crisis in Texas, Farmers announced Tuesday that it would join the state’s largest insurer in halting the writing of new homeowners policies in the state. The move, which Farmers blamed on threatened fines by the Texas Department of Insurance, means Texans can no longer buy new homeowners policies from companies that together control about half the market.

Farmers is the state’s second-largest insurer and controls about 20 percent of the market. State Farm is the largest, controlling about 30 percent. Both have said they will continue renewing policies. Allstate, the third largest, is limiting coverage less drastically by writing new homeowners policies only for people in the top two tiers of its five-point credit-scoring system. Farmers will stop selling new policies as of Aug. 31. The California-based company announced the move in a letter to agents dated Aug. 16.

The industry has blamed the crisis on geometric increases in toxic mold claims. “We will renew old business, and we will write new business until Oct. 31 – but after that, we’ve told our managers that we’re not going to write any new business,” said Farmers spokesman Bill Miller. He said the company timed the move to coincide with a cease-and-desist order by Insurance Commissioner Jose Montemayor. The commissioner had accused the company of illegal underwriting practices and called for Farmers to correct those practices by early November. Miller said the company had done nothing wrong and had been singled out for political gain. He said the ultimate effect of Montemayor’s cease-and-desist order is to further limit the availability of insurance for Texas homeowners.

Insurance Department spokesman Robert Black said that, despite Farmer’s decision, the company could still face hefty fines. Under the commissioner’s order, the department could charge Farmers up to $25,000 per violation, which potentially could number in the thousands, said Black. “The effect of the lawsuit and cease-and-desist order is to bring Farmers into compliance with the law,” he said. “This new policy does not bring Farmers into compliance with the law. They’re still renewing customers using illegal rates. Our expectation is for Farmers to be good corporate citizens.”

Texas Gov. Rick Perry also recently announced a state lawsuit against Farmers that raises allegations similar to those included in Montemayor’s cease-and-desist order. Perry has attempted to stave off political attacks by Democratic opponent Tony Sanchez, who says the Republican governor cannot solve the state’s insurance crisis because many of Perry’s political donors come from the industry. Both candidates have run advertising focusing on the insurance crisis.

A Sanchez spokesman said Tuesday that Perry should call lawmakers back to Austin to resolve the crisis. But a Perry spokesman said the time is not right. “The situation is being addressed with the various steps taken by the insurance department and also the lawsuit,” Perry spokeswoman Kathy Walt said. “And the investigations are continuing. What Texas needs to do is to address this in a comprehensive matter and wait until the investigations are complete.”

Farmers, with about 750,000 policyholders, has said its mold claims in Texas increased from about 12 in 1999 to more than 2,600 so far this year. It also reports that for every $1 in homeowners premiums received so far this year, it has paid out about $2.57 in claims.

Industry spokesman Jerry Johns said the company’s move illustrates the woes facing all carriers in Texas. “This is just another way a company is using to manage its risk and attempting to reduce these enormous losses the industry is sustaining,” said Johns, director of the Southwestern Insurance Information Service. Johns blamed “frivolous lawsuits” and unqualified mold remediators for driving up costs of coverage in Texas. He acknowledged that pullbacks by Farmers and other insurers can cost insurance companies the public’s goodwill but said carriers must first concern themselves with survival. “The goodwill of the customer base is important to insurance companies, no doubt about that,” Johns said. “But remaining solvent and preserving the ability to pay legitimate claims is even more important.”

Written by R. A. Dyer 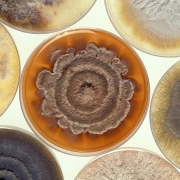 Allstate Will Most Likely Blame Katrina To Drive Up Insurance Rates