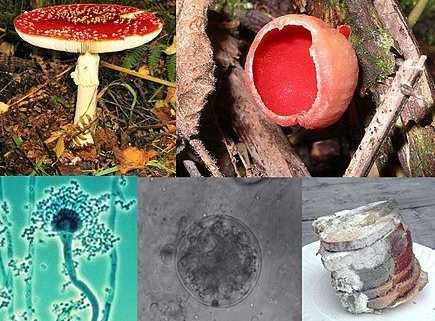 Mold is a living organism that belongs to the kingdom Fungi.

Fungi are unique in that although some appear plant-like, they are neither plant nor animal. Plants from the Plantea kingdom are multicellular organisms, have chlorophyll and perform photosynthesis, the process by which they capture the energy of sunlight and use carbon dioxide from the air to make their own food.

On the other hand, mold is heterotrophic, meaning it cannot make its own food like plants do. Mold must gain nutrients by digesting other organic substances. Unlike animals, mold does not really ‘eat’ its food. Mold secretes enzymes that break down the food substance into smaller organic molecules that can then be absorbed. If you’ve ever grabbed a piece of moldy fruit, you may have felt the soft and mushy area that has essentially been digested.

Molds reproduce both sexually and asexually into multi-cellular forms. Molds are considered parasites since they are opportunistic organisms, and they have to be on or in their host to grow, live and reproduce. Mold is composed of thread-like filaments called hyphae. The hyphae then form a conglomerate, which is called a mycelium. You can think of this as like a grassy lawn. Much like individual blades of grass make up a lawn, many hyphae make up a mycelium. This explains its ‘hairy’ appearance.

Although mold itself has no mobility, its hyphae can grow quite long. This is the primary mode used by the mold to spread more quickly to neighboring organisms. When you see a strawberry in a container that has been engulfed by mold, you can observe the hyphae reaching to the adjoining fruits.

Other Members of the Fungi Kingdom

Mushrooms, mildew and yeasts are also classified in the Fungi kingdom.