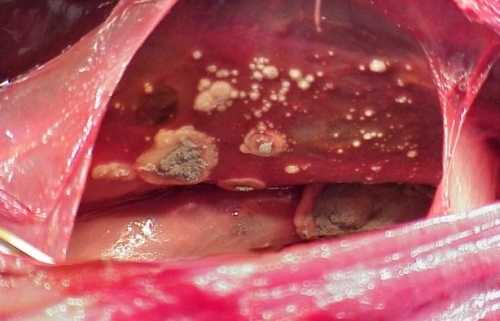 Aspergillosis is a disease caused by Aspergillus, a common mold (a type of fungus) that lives indoors and outdoors. There are different types of aspergillosis. Some types are mild, but some of them are very serious.1

In addition, aspergillosis outbreaks in healthcare facilities have been associated with contaminated air conditioners, air filters, particle board frames of air filters, air duct systems, ceiling tiles and fireproofing materials (Haiduven 2009). However, concentrations of Aspergillus spores have not been found to be correlated to any seasonal pattern or the occurrence of invasive aspergillosis (Hospenthal et al. 1998). Also, the relationship between airborne spore counts and infection risk has been difficult to assess because it has been impossible to relate a specific number of airborne spores to a quantifiable infection risk among patients, including highly immunocompromised patients. For this reason, the CDC has not provided recommendations regarding routine microbiologic air sampling before, during, or after facility construction or renovation, or before or during occupancy of areas housing immunocompromised patients (Weber 2009).

The CDC provides excellent on-line resources, including several publications with guidelines to managing infectious agents (http://www.cdc.gov/hicpac/pubs.html). Also, the mycotic disease branch of the CDC has a web page with relevant and updated information on fungal diseases (http://www.cdc.gov/nczved/divisions/dfbmd/mdb/).

It is important to keep in mind that members of the genus Aspergillus are all free-living, saprobic species that can potentially become opportunistic pathogens (Bennett 2009). There is no evidence that these fungi derive obvious benefits from parasitizing humans, other animals, or that they have evolved to take advantage of living hosts. It is then reasonable to conclude that their ability to cause disease stems from their overall ability to survive under a wide array of living conditions. Then it is also reasonable to conclude that management of Aspergillus and the disease-causing members of this genus will remain an important issue in the management of environmental and clinical health in the future.

It’s difficult to avoid breathing in Aspergillus spores because the fungus is common in the environment. For people who have weakened immune systems, there may be some ways to lower the chances of developing a severe Aspergillus infection.

Your doctor is likely to use one or more of the following tests to pinpoint the cause of your symptoms:

Treatment for aspergillosis include powerful antifungal drugs such as amphotericin B, triazoles (itraconazole and posaconazole) and echinocandins (caspofungin, micafungin, anidulafungin) (Stevens 2009). Problems with these drugs include the development of resistance, toxicity, and harmful interactions with other drugs. A good example of drug resistance is shown by A. terreus which consistently show decreased susceptibility to amphotericin B in vitro and in vivo (Baddley et al. 2003). On the preventative front, there is research work in progress to develop a vaccine that could provide protection against A. fumigatus, with promising results in laboratory mice.

Aspergillosis usually occurs in people with severely weakened immune systems. However, several reports describe Aspergillus lung infections that caused death in previously healthy patients who were hospitalized for severe illness associated with influenza virus infection. The Aspergillus infections involved pneumonia or severe tracheobronchitis (infection of the lung’s airways) 1–3. A retrospective cohort study at seven intensive care units (ICU) in Belgium and the Netherlands found that invasive pulmonary aspergillosis occurred in 19% of patients with severe influenza requiring admission to the ICU. Approximately half of the patients with invasive pulmonary aspergillosis and severe influenza did not have an immunocompromising condition 4.

Severe lung infections caused by influenza and other viruses can damage the respiratory epithelium (or lining of the lung). Some researchers suspect that this damage can allow Aspergillus to invade and cause infection 5. This process may be similar to how some bacteria, for example Streptococcus pneumoniae and Staphylococcus aureus, cause pneumonia in patients with severe illness associated with influenza virus infections.

More research is needed to determine how commonly these types of Aspergillus infections occur among influenza patients with functioning immune systems and in those who are severely immunocompromised in countries other than the Netherlands and Belgium. Another question is whether previously healthy patients who have severe lung infections caused by viruses other than influenza virus get invasive aspergillosis.

United States: The proliferation of mold contamination And Claims:

Hidden Danger: How unseen hurricane damage could be lurking in your home