CEDAR RAPIDS, Iowa (KCRG) – A Cedar Rapids homeowner was expecting his home to be safe to move into after passing a home inspection.

However, he discovered mold was missed and it was causing him to get sick.

“The whole house had high levels of toxic mold, especially two of the most toxic and life threating ones to humans and animals,” said Stephen Paxton, the homeowner.

This was Stephen Paxton’s second time buying a home and he said he did his research – including finding a reliable home inspector.

“You trust the process, there is a lot of homes being sold in Cedar Rapids, so you trust the real estate process with inspection and I thought I was getting into a healthy home,” said Paxton.
What he soon would find out – things get missed and this time, it was at a coast to his health.

“There’s a lot of hidden items in houses and this is a great example of a hidden problem where a stone did not get turned over,” said Paxton.
That stone – mold testing.

Bad deck construction was allowing water to run from outside, back into the lower level ceiling and walls, creating the perfect place for mold to thrive.

Something that wasn’t discovered because the state of Iowa doesn’t require mold testing during a home inspection. Larry Kovarik owns a company that works on removing mold and water damage.

He said mold may not always be easy to spot. “A lot of the times, when spring moisture hits, heavy rains is where it kind of exposes itself,” said Kovarik. He said a lot of people may be living with mold in their homes, but don’t know it.

”For a lot of people, they are very tolerant of mold, for a small majority of people though it can be very deathly – spend a matter of minutes in a home with mold and they could have respiratory issues, it can create migraine headaches, a lot of health related issues,” said Kovarik.

Paxton’s home went from looking like a comfortable living space and now he wants to warn other homeowners about what he discovered.

“I want something to potentially change, because if this can affect me, a healthy 33-yearold person in such a drastic way, I would feel really comfortable if mold remediation and testing was part of the home buying process,” said Kovarik.

In the meantime he said he’s focusing on his health. “I need to detox, I need to get whatever is in me out, so I can function normally again,” said Paxton.

Paxton is living in the home. The lower level is currently sealed off as the mold is cleaned up.

Mold In the La Venezia Apartments 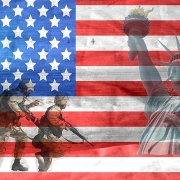