By Colleen Sikora for KRDO News

COLORADO SPRINGS, Colo. – A local parent says toxic mold at her children’s former school made them sick and has medical testing to back it up. The school also has testing to prove otherwise, but she believes it isn’t enough.

Emily Wilson is a proud mom of three little girls. Monday night, she stood in front of The Classical Academy school board saying TCA Central Elementary made her girls and 11 other children sick.

Beginning in the summer of 2016, therapists and doctors tried to figure out what made Wilson’s daughter, Abby, anxious and fatigued among other issues. It was blood work that finally provided answers.

“We were shocked to find out she tested positive for CIRS, Chronic Inflammatory Response Syndrome related to toxic mold exposure,” Wilson said.

Wilson says with her own children, a total of 14 students have now tested positive.

Last fall, the school hired two companies to test the air quality at TCA Central. Both found spores on campus, but only at low levels. One recommended “special and concentrated cleaning” which Tisa Harris, the director of communications for TCA said they did.

“We take safety and health of our students very seriously, Especially regarding mold. We are very proactive in testing for this at all of our campuses each semester,” Harris said.

However, Wilson believes simply testing the air isn’t enough. “We would really just like them to do more,” Wilson said.

In response to KRDO’s questions, Harris did say in her perspective the air testing is enough.

As soon as Abby left TCA Central, her physical and emotional health improved.

“We feel incredibly grateful that she has a clear and a clean bill of health and that her future is much brighter than it was before but we do carry some guilt that we have dodged a bullet that other people will not be able to,” Wilson said.

The TCA school board doesn’t respond to public comment during meetings. Harris told KRDO members could follow up with Wilson on their own. 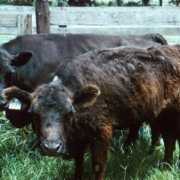