Two Fox News employees have filed a lawsuit alleging they were sickened by toxic molds and pesticides in a building where some of the network’s top shows are produced in Manhattan. The lawsuit, filed Thursday in Supreme Court in Manhattan, alleges the employees fell ill in the building where The O’Reilly Factor and At Large with Geraldo Rivera are produced, as well as Hannity and Colmes and Dayside. It seeks unspecified damages from Fox News and the building’s management company.

The plaintiffs in the suit are graphics technician Laurette DeRosairo, who developed a multiplicity of health problems including acute asthma, multiple chemical sensitivity, and other respiratory problems. Makeup artist Madronicia Clarke states she suffers chronic fatigue and autoimmune diseases.  These veteran employees said they became seriously ill after being exposed to mold and pesticides in the basement studios and control rooms starting in 2004. They also state their bosses used unlicensed workers to spray an insecticide that had been banned for use indoors.

The only fungi that have been directly linked to such illnesses are stachybotrys and chaetomium, both demyelinating molds.  These fungi, although not unusual, are often associated with building products that have been subject to long term water damage.  Apparently, alleged cleaning chemicals and pesticides were also involved.

The fumes got so bad last April that it sickened three anchors on the morning newscast Fox and Friends, and sent a cameraman to the hospital after he fell unconscious, according to court papers filed Thursday in state Supreme Court.

But a Fox News executive familiar with the incident said the cameraman came to work that day with flu-like symptoms, and that his fainting spell had nothing to do with fumes. The employees said in court papers that the molds and the inappropriate use of cleaning agents and pesticides caused headaches, dizziness, weakness, anxiety and blurred vision.

Fox News spokeswoman Irena Briganti claimed in a statement that the allegations are baseless and lack merit.  She claimed the federal OHSHA (Occupational, Safety and Health Administration) had declined to investigate, and an onsite probe by the state’s Department of Environmental Conservation had ‘fully resolved the matter’.  Since OHSHA has a longstanding reputation of denying the severe health hazards that mold can cause, this is of no surprise.  Additionally, if OHSHA didn’t favor big business, such as Fox Network, why didn’t they investigate the alleged use of unlicensed people to fumigate parts of the studio.  No mention of this matter has ever occurred, therefore, this matter becomes even more dubious and mysterious.

DeRosairo and Clarke said the studios suffered from water leakage whenever it rained, forcing workers to put blue tarps near the ceilings to catch runoff and divert it to garbage cans. The moisture created a haven for mold and mildew and it generally begins to proliferate within 24 to 48 hours.

“My lungs took a beating, and I don’t know if they’ll ever recover,” said DeRosairo,  who was recently diagnosed with severe asthma. “We’re just really concerned about the long-term affect and what’s going to happen to our co-workers.”

Fox News honcho Roger Ailes himself spoke to employees on June 21 to allay their fears but downplayed the risk, the plaintiffs claim.

Clarke, the second plaintiff, who joined Fox News when it started up in 1996, said she rarely called in sick until recently, when her autoimmune illness forced her to work three days a week. “I’m not so much worried about my job as about my health,” she said of her decision to sue her longtime employer.

Many experts and advocates for health rights due to fungal exposure fear that this news will further stifle the media even more into pretending that mold exposure is not capable of the inevitable; permanent neurological, pathological, immunological and psychological damage.  Further censorship of the media will most likely cause this national health crisis to escalate into a major epidemic, as innocent people are being isolated from the truth. Under the right conditions, mold exposure can destroy one’s life in numerous ways.

©CDC.gov Candida auris On the Rise

Another Family Loses Health and Home to Mold 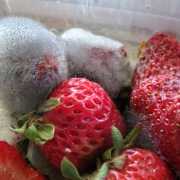