Justice O’NEILL delivered the opinion of the Court.

Once again we are called upon to interpret the Texas Standard Homeowner’s Policy Form B, in this instance to decide whether it affords coverage for mold contamination resulting from plumbing leaks. We hold that when a plumbing leak results in mold contamination, the policy covers mold damage to personal property but not to the dwelling. Accordingly, we reverse the court of appeals’ judgment in part, affirm in part, and remand to the trial court for further proceedings.

I. Background
State Farm Lloyds issued Wanda Page a Texas Standardized Homeowners Policy Form B (“HO-B”) to insure her dwelling and its contents. In June 2001, Page discovered mold and water damage to her home and some of her personal property. She filed a claim with State Farm pursuant to her homeowner’s policy. Erin Strachan, a State Farm claims specialist, was assigned Page’s claim. At Strachan’s behest, a plumber tested Page’s plumbing system and discovered leaks in the sanitary sewer lines. Strachan then hired Industrial Hygiene & Safety Technology, Inc. (“IHST”) to perform an indoor environmental quality assessment. The assessment revealed a variety of different molds growing in the home. To abate the mold, IHST recommended that Page remediate the structure and some of its contents.

Following IHST’s recommendation, Page sought and received an estimate for remediation. In January 2002, State Farm provided Page with drafts in the amount of $12,644 to cover remediation and repair of the structure, and $13,631 to cover personal property remediation and three months of living expenses while the work was performed. In May 2002, Page sought additional funds to repair damage to her carpet, which State Farm refused to pay. A dispute ensued over the amounts needed to fully remediate and repair the home and its contents.

In September 2004, Page filed suit against State Farm alleging breach of contract, breach of the duty of good faith and fair dealing, fraudulent misrepresentation, and DTPA and Insurance Code violations. She also sued Strachan, alleging violations of the DTPA and the Insurance Code. About a year after the suit was filed, Page provided State Farm with an estimate for remediating her attic, and State Farm sent her $13,042 to cover the cost.

State Farm and Strachan (hereafter collectively “State Farm”) filed no-evidence and traditional summary judgment motions, claiming entitlement to judgment as a matter of law on Page’s breach of contract claim. State Farm argued that the HO-B policy expressly excludes coverage for all mold damage, there was no evidence that the mold damage resulted from a covered peril, and there was no evidence that Page was owed additional money. Because Page’s breach of contract claim was not viable, State Farm contended, summary judgment was proper on her extra-contractual claims as well. The trial court initially denied State Farm’s motions. After our decision in Fiess v. State Farm Lloyds, 202 S.W.3d 744 (Tex. 2006), however, the trial court reconsidered and granted summary judgment in State Farm’s favor disposing of Page’s mold-related claims. The court of appeals reversed, holding that Page’s HO-B policy covered mold damage to the dwelling and its contents. 259 S.W.3d 257. We granted State Farm’s petition to consider the extent of coverage Page’s HO-B policy affords for mold contamination resulting from plumbing leaks. 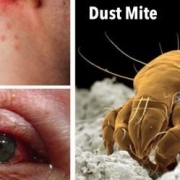