New York – Deutsche Bank building stands as a dark and dangerous legacy of the 9/11 attacks. Now, redevelopment officials are planning to knock it down, fueling fears that the demolition could expose residents and workers to the toxic chemical cocktail inside.

The twin towers’ collapse filled the Deutsche Bank building, just across Liberty Street, with dust and debris that includes asbestos, lead, dioxins, polychlorinated biphenyls and other hazards.Mold, fed by rain and food left by fleeing workers, also found a home there.

“A combination of contaminants known to be hazardous to human health, in quantities and concentrations unparalleled in any other building designed for office uses, permeates the entire structure at levels which exceed by up to thousands of times the levels considered appropriate,” said a report prepared for Deutsche Bank during a legal battle over the building.Black netting was placed over the building to hide the a gash caused by the collapse of the South Tower, as if covering a wound no one wanted to see.

Deutsche Bank has since sold the building to the Lower Manhattan Development Corp., which is overseeing the rebuilding at ground zero.

The LMDC must take apart one of the world’s most contaminated buildings in one of the world’s most densely populated neighborhoods. And the demolition, which includes two nearby buildings, will take place over a busy subway station with grates that open to the street. Frank Goldsmith, director of occupational health for Local 100 Transport Workers Union, complained that there is no plan yet to ensure the safety of subway workers.

David Newman, an industrial hygienist for the New York Committee for Occupational Safety and Health, called the demolition plan “deficient.” For example, he said it relies on methods to contain asbestos, which may not work for other contaminants. Amy Peterson, senior vice president of the Lower Manhattan Development Corp. in charge of the demolition, said she was confident that the plan, which will be modified as environmental agencies and others review it, will work. She said the LMDC will seal off the building with two layers of plastic and use vacuums to contain contaminants. Workers will then dismantle the building piece by piece. The contaminants and crowded neighborhood ruled out implosion.

The LMDC says the deconstruction will start this year, last a year and cost $45 million, with the money coming from a federal grant and other sources.

Several environmental controversies after Sept. 11, 2001, have fueled skepticism that officials will demolish the Deutsche Bank building safely. A few days after the attacks, the U.S. Environmental Protection Agency declared the air in downtown Manhattan safe, a decision since criticized by the agency’s own inspector general as rash. Some Lower Manhattan residents also called the EPA’s cleaning of apartments near ground zero inadequate, leading to a new testing of their residences this year. Several government agencies are reviewing the LMDC plan with the EPA.

Joel Kupferman, a lawyer who was among the first to question the EPA’s Sept. 11 air quality statements, said, “With the track record since 9/11, we don’t trust them.” 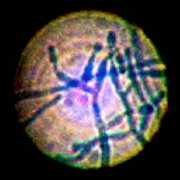 Grain Stored Outside Could be a Risk This Spring