Baton Rouge, LA – It appears that every time the United States Government, in its attempt to stifle evidence, reduce damages, and divulge the entire facts about the American current mold epidemic, always appears to get caught with its proverbial pants down. In the aftermath of the government’s highly controversial involvement of the propaganda-filled Institute of Medicine Report, which covers up facts of mold illness and the ACOEM report (AKA ‘Quack Report’, inspired by leaders such as congressman Gary Miller and written by high-priced medical defense experts), its karma has caught up in a bitterly awkward way.

Mold has once again contaminated another governor’s mansion.  It started in 1999, when George Bush, whose office was adamantly ignoring the 44,000 mold claims by displaced Texas families, suffered along with his wife from initial mold illness.  While ignoring the tens of thousands of sick and deserving insured Texas residents, Bush selfishly had his own residence remediated for over $300,000 of the Texas taxpayer’s money.

In 2004, just after the release of those highly-discredited papers written for defense against innocent American citizens, Governor Stamford from North Carolina was cursed with the wrath this biological nightmare. Now, mold is forcing Gov. Kathleen Blanco (Louisiana) and her husband, Raymond, to make other living arrangements this summer. The Blanco family will vacate the Governor’s Mansion after the legislative session so construction workers can clean the air ducts and replace the heating and air conditioning units. Alleged molds according to World Environmental Testing report that invaders included aspergillus, penicillium, mucor, cladosporium, and alternaria.

Facility Planning and Control Director Jerry Jones said the Blancos will live in a rented house in Baton Rouge for at least two months until the $525,000 project is completed.

“No question, it’s tax dollars and it was publicly bid,” Jones claimed. “It’s expensive because it’s the governor’s mansion. If we would have gotten some off-the-shelf-stuff, it would have been a lot cheaper, but we did not want to destroy the original integrity of the mansion.” This  was the most outlandish claim ever made to date.

The truth is that any mold remediation is expensive since it involves stopping water intrusion, removal of contaminated materials, encapsulating stubborn mold, and replacing damaged materials.  It appears strikingly ironic that every time propaganda begins to surface from American bureaucratic naysayers, karma appears to show unleash itself publicly on another American historical landmark.

Consumer rights activist, Thomas Collins, once again asks, “If the American government has spent so much time, money, and effort trying to emphasize the non-importance and lack of health hazard of household mold, why are American politicians evacuated so quickly from mold-impacted buildings?”

It is certainly an obvious reason and slap in the fact to the American public.  “The Government must be pretty worried about this environmental hazard when they down-play the neurological effects of this phenomenon yet evacuate any public official like  an  Anthrax attack when it occurs to them.  It would take a real idiot to ‘assume’ mold is just ‘hype and hysteria’ so the insurance companies can downplay and refuse coverage, yet when a precious member of congress is affected, the poor taxpayers of this country have not even a chance to vote whether they have to pay for their remediation.”  Collins went on to question, “Do the government officials who literally rape this country, think that we, the people, are so very stupid that we ignorantly support these self-imposed double standards?”

In the third case of a government mansion contaminated with unhealthful mold, Facility Planning and Control Director Jerry Jones says the Blancos will live in a rented house in Baton Rouge for two months until the 525-thousand dollar project is completed.  Wouldn’t it be nice if our insurance companies did the same, caring efforts for their policy-holders?

In further insult to injury, Jones claimed the black mold detected in the ducts at the 42-year-old mansion isn’t deadly but still needs to be removed. This statement leaded more credence to the hypocrisy of unhealthful living conditions being intolerable for elected officials yet these same conditions are unimportant for the average American citizen.

During a visit to the mansion this week, Foster says he told Raymond Blanco of a possible alternative to a two-month project. He benignly says he found on the Internet a new method of using ozone to destroy anything living in the ducts within two days. He says the state’s recommended method seems to be the — quote — old-fashioned, expensive way.  This is partly due to the fact that while ozone may be acceptable to the average people of this country, it has proven health problems to those who are more important.

Jones says cleaning the ducts isn’t simple because getting to some of them requires breaking through plaster. The duct work in the mansion dates to 1963, when the building was built.  Over 70% of all American homes were constructed before 1963, and ozone, although quite controversial has been a very unsuccessful alternative for many innocent families who could afford nothing else.

Under this important mold removal plan, since it applies to an elected official, construction workers will replace some of the ducts, install access panels to be able to get to them in the future, seal storage areas in the attic, remove asbestos and update the air and heating to improve temperature control.  Louisiana taxpayers don?t even have a choice if about paying for this grave injustice.

It’s very insulting to the American public that bureaucratic pigs seem to care about their own health, but not the public. I am outraged that the government believes we are such a gullable public. 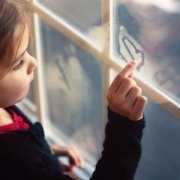 ©The Spruce Keep Mold from Growing in Your Home