Grand Forks International Airport (North Dakota) is reporting a slight mold problem in the basement of the terminal building that in one area has gotten serious enough to require the Civil Air Patrol to move its office. Airport chief Steve Johnson said the problem wouldn’t affect travelers, and tests in the terminal found the spore level to be pretty much the same as in the air outside.

But it does highlight one more infrastructure problem the building faces and another rationale for the authority to seek construction of a new terminal. In fact, the test, conducted by Legend Technical Services in Fargo, is part of a study the airport authority is conducting to see if a new terminal is justified. Too much mold would be a problem because it could cause serious illness, and even some people are very allergic to it.

So far, Johnson said he has received only one inquiry about the mold problem and no complaints. The mold was evidently caused by a combination of perpetual moisture in the basement and carpeting in the Civil Air Patrol office that never dried out after a sump pump failure. Legend’s testing found a spore count of 12,400 spore per cubic meter. The company said a count of 10,000 is about when buildings are considered to have problems. Outside samples found spore counts of 2,700 and 3,200. The rest of the terminal had counts of 1,200 or fewer.

Johnson said the airport would need to hire professionals to clean out the office and will wait until the study is done to see if the costs are justified. For now, he said, the doors will be closed and employees told to stay out. The rest of the basement, which has small amounts of mold, he said, will be dehumidified and bleached.

A permanent solution, though, will require interior and exterior drains that, by Johnson’s rough estimate, could cost $50,000 to $100,000. 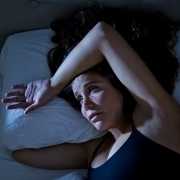