Camden, MA – A pet food company has advised retailers in more than 20 states to stop selling some of its dog and cat food that may be contaminated with toxic fungus. Several dogs have gotten sick and some have died.

The fungus, aspergillus, produces aflatoxin, a known poison and carcinogen. But, before cancer has time to proliferate, the poison takes its toll on the victims. Symptoms of aflatoxin poisoning include lethargy, loss of appetite, yellowish eyes and gums, and severe or bloody diarrhea. This is the same mold that is often found in people’s homes caused from water damage, making them sick, as well.

The 19 varieties of dog and cat food recalled this week were made by Diamond Pet Foods and sold in 23 other states and under the brand names Diamond, Country Value and Professional. The recalled batches have date codes of March 1, 2007, through June 21, 2007, and were made at the company’s plant in Gaston, S.C.

South Carolina State Veterinarian Tony Caver said that state has five presumed cases linked to aflatoxin – three fatal. One of the deaths was of Scott Brown’s yellow Labrador, Lacy, was the first presumed case in the state.

“Really, it’s amazing how fast Lacy went from doing OK to crashing,” said veterinarian Eric Rundlett, who works at Wateree Animal Hospital in Camden. “They can be on it a couple of weeks or a month, and not show any signs. … We’re not really sure how long it takes to build up.”

Seven dogs from the Rochester, N.Y., area were being treated for liver disease and failure at Cornell University Hospital for Animals after eating contaminated food, said university spokeswoman Sabina Lee. An area veterinarian discovered the link after three dogs died in the area, she said.

Consumers are urged to take unopened containers back to the store where they purchased it for a refund. 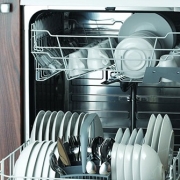 Boston School Closed Due to Mold