CHARLESTON, SC (WCSC) – After several Live 5 News investigations into mold in classrooms, Governor Henry McMaster has signed a bill which will create a house committee to study the impact of mold on schools and in public areas. House bill 3127 was headed by Rep. Chandra Dillard. Gov. McMaster signed the bill on March 20.

The committee will be called the Mold Abatement and Remediation Study Committee and look at public policy issues relative to mold in public buildings, focus on the impacts of heath of children in public schools, and propose policy initiatives to remediate and get rid of mold problems.

Dillard says the study will most likely begin in the fall after the legislative session is over.

Live 5 has previously investigated multiple Lowcountry school districts including Charleston and Berkeley Counties. Both districts thousands of work orders relating to mold over the last several years. Several schools show repeated claims. Not all these claims were substantiated, but many of them were.

Dorchester District 2 had fewer requests for mold cleanup over the last few years, but several teachers did write into maintenance alleging their breathing and health was compromised because of mold.

In Colleton County, complaints from teachers and school staff members also showed there were health concerns because of a mold issue. 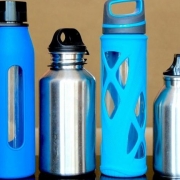