Lodi, CA – Lodi Unified is scrounging together $8 million from various funds to pay for the Tokay High mold cleanup, but the district is also hoping the state will cover more than half the bill.

Work to clean up the mold began this week and is expected to be done by the end of summer 2008. State law requires the district to repay the various funds by the end of the fiscal year.

The district is applying for state emergency funds to cover 60 percent of the costs. District officials are still concerned about the project’s total cost.

Art Hand, assistant superintendent of facility planning, said that the district might have to sell off some of its bonds to investors to fund the project.

Although the district hasn’t officially applied for emergency funds, it is scheduled to submit a pre-application to the state next week which will describe the situation. The state will then assess the problem and see what kind of help is needed.

Construction crews remove insulation from classrooms at Tokay High School on Thursday afternoon. (Whitney Ramirez/News-Sentinel). Once the district has a final estimate on the cost of the project, they will submit a formal application.

Remediation at Tokay High is still in the beginning stages, according to Hand, but is on schedule. “I feel exceptionally confident that we will meet all our targets,” Hand said.

Construction workers found large amounts of mold in every classroom building at Tokay High in late June. Since then, district officials have been working to rid the campus of the mold, which is said to be toxic, and return students to their classrooms as soon as possible.

Exposure to said molds can cause permanent neurological, psychological, immunological and pathological damage.  Many people misunderstand the seriousness of these molds due to suppressed literature on the subject due to the cost of clean-up and liability.

Board members voted to delay instruction at Tokay High until Sept. 4, when the least affected classrooms are scheduled to be finished with repairs.

The delay will cost Tokay students and staff their fall and part of their spring breaks. Instruction will also be extended nine days into the summer. 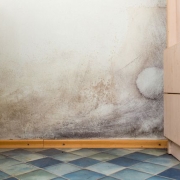 The Cost of Fighting Mold in Your Home

Health Authorities on Alert after Extensive Flooding in Europe

Black Mold May Sound Scary, But Is It Harmful?