Ergot toxicity, caused by the fungus Claviceps purpurea, differs from other mycotoxicoses, since it results from the consumption of considerable amounts of fungal tissue. In other mycotoxicoses, the toxins are secreted into plant tissues in which the fungus is growing, and very little fungal material is consumed. The ergot fungus infects the flowers of cereals and many grasses when flowering occurs during predominantly cool, moist weather. Infected florets show characteristic black, spur-like sclerotia that replace the seed.

The sclerotia or ergot bodies contain a variety of ergopeptine and clavine alkaloids that, when consumed regularly in small amounts, result in a complex of signs collectively called ergotism. Symptoms of ergotism are poor hair condition, gangrene or loss of extremities, and poor performance.

Another moldy mobile home story; another cry for help 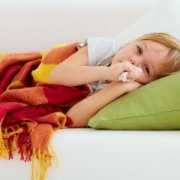 What Parents Need to Know About Mold

Toxic Mold - In a Child's Words