Students and staff at the school in Ferndale will be housed in nearby George T. Cromwell Elementary School for the coming school year while school system administrators decide the fate of the crumbling, 77-year-old building, Mr. Smith said yesterday. “The best thing for the safety of the students and the staff is to start at Cromwell to ensure their safety,” he told representatives of the schools’ Parent-Teacher Association representatives and the two new principals. “It will give us time to check the safety of the building.”

Tests he requested when he started his new job showed the school had mold, termites and damage to parts of its wooden frame.

Yesterday, Ferndale residents who have fought to keep the school open embraced the move.

“This is the best news I’ve heard in a long time because we’ve been in limbo for so long,” said Jane Stracke, co-vice president of the school’s PTA.

Former superintendent Carol S. Parham tried to permanently close the school in 1999, but was met with stiff opposition from parents and community leaders.

The school board refused to close the school, instead asking Mrs. Parham for estimates to repair or replace it. She included $9.3 million in her final capital budget for repairs, but the board deleted the item. This spring, the county included $450,000 in its budget for waterproofing and a new roof for the school.

Yesterday, Mr. Smith said $450,000 is not enough to repair the building to the point where students could safely use it.

“We need a good solid evaluation of the building,” he said. “I understand how important a neighborhood school is to the community. It’s not lost on me. It gives the community definition.”

Not everyone was happy with the way Mr. Smith delivered the news, including County Councilman Pamela G. Beidle, who did not attend yesterday’s meeting. Mrs. Beidle said she believed it was a last minute decision and felt advance notice should have been given.

“I hope that Ferndale Elementary is able to be repaired and move the children back to their home school,” the Linthicum Democrat said, adding she already had fielded calls from upset parents within hours of the announcement. “You may be hearing from happy parents today, but I don’t think a lot of people will be happy when word gets around.”

Associate Superintendent Kenneth P. Lawson, who attended yesterday’s meeting, said all of Ferndale’s staff will be absorbed into Cromwell. No positions will be cut, he said. 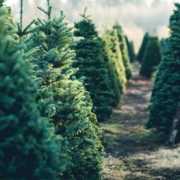