Cape Coral, FL — Luann Guy didn’t think she was in good hands with Allstate after Hurricane Charley wrecked her home, leaving water and mold in its wake. The single mother of two still lives in her Cape Coral home infested with mold. And after weeks turned to months without payment from Allstate Floridian Insurance Co., she filed what her lawyers hope will become a class action case against the company.

After a review of Florida federal lawsuits filed against Allstate since the hurricanes, Guy’s suit is believed to be the first of its kind against the insurance giant.

“Ms. Guy is not alone in this thing by any means,” her attorney, Bryan Aylstock, said Thursday, a day after the suit was filed in U.S. District Court in Fort Myers. Since Hurricane Charley, Florida’s Department of Financial Services’ Division of Consumer Services received 4,479 complaints about problems with Allstate insurance. Of these, 749 were mold-related, spokeswoman Tami Torres said. Of these 4,479 complaints, 314 remain open.

Aylstock said not only did Guy’s home not receive a mold inspection through the insurance company, but she still hasn’t obtained any cash to rid the three-bedroom, two-bathroom house of mold. And the company is legally required to pay up, Aylstock and Witkin added.  The lawsuit brought by Luann Guy alleges that Northbrook, Ill.-based Allstate did not inform her about mold coverage and never sent an inspector out to look for the destructive fungi. She’s suing the company for breach of contract, claiming she hasn’t received any of the $10,000 policy limit for mold.

“The insurance companies have a superior level of knowledge,” Witkin said. “Most consumers don’t know they have coverage. If you look at a mold rider … it’s easily missed or misunderstood.” Allstate spokesman Ryan Priest said he couldn’t comment on whether Guy’s policy contained the $10,000 mold remediate cap provision, or whether it is a boilerplate component of all homeowner’s insurance policies here.

“We have not had an opportunity to examine the filing, so we can’t comment at this time,” he said Thursday. Guy has an unlisted telephone number and could not be reached for comment Thursday.   Witkin said Guy paid her homeowner’s insurance policy from November 2003 through November 2004 ? which covered Hurricane Charley’s strike date ? but she only received about $27,000 for “substantial damage” done to the home, Witkin and Aylstock said. That money didn’t include cash to wipe out the mold.

Guy reported damage to the home in August, and in September an adjuster visited the home. However, Guy called Allstate staff two times a day every day throughout November ? leaving messages with her calls ? but couldn’t reach an adjuster about mold growth inside, Aylstock said.  “Some were told ‘paint over it’ and it will go away,” Aylstock added.  Guy didn’t receive the first $2,000 check until two weeks before Christmas, he said. She is the only plaintiff in this suit. Other residents, who had an Allstate policy and were affected by the hurricanes, could become members of the class action and become eligible to join if the case is certified as a class action complaint, Witkin said. It could include thousands of residents, he estimated.

Allstate hasn’t paid out the cash because mold remediation is costly, Witkin said.  “It’s the law,” Aylstock said. “They know you have coverage.”  Valerie Beynon, a spokeswoman for the Florida Office of Insurance Regulation, said there is no law in Florida requiring insurance companies to cover mold remediation costs up to $10,000. However, she said insurance companies have set a precedent by offering this coverage in plans. “Mold resulting from a covered peril is a covered claim in homeowners policies only in the event of a sudden and accidental discharge of water … ,” according to a homeowner’s insurance brochure by the Florida Department of Financial Services.

Ryan Priest, a spokesman for Allstate Floridian Insurance Corp., said the company’s corporate headquarters in Illinois has been notified about the lawsuit.

Hurricane Charley struck Southwest Florida on Aug. 13, damaging thousands of homes and making several families ill. Other parts of the state were pummeled by later storms Frances, Ivan and Jeanne.

Moldy Foods - Research from the USDA 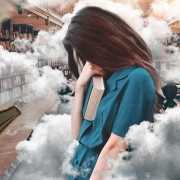