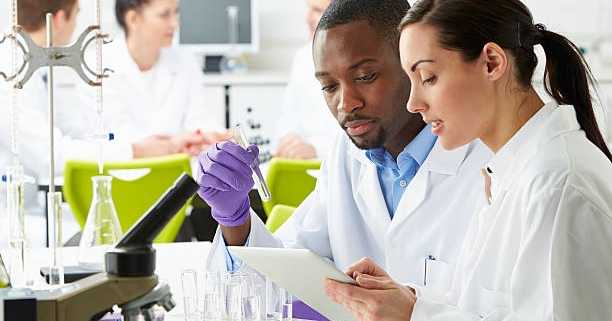 In the Mold Basics section, you learned that living or working in water-damaged homes or buildings can lead to a wide variety of mold exposure symptoms ranging from allergies and fatigue to more severe diseases. You were also introduced to the concept that mycotoxins (the toxic byproducts secreted by molds) are the primary cause of mold-related illness, rather than an infection with the mold itself. We will now briefly discuss the symptoms of mold exposure, how this type of mold-related illness is diagnosed as well as the multiple components making up the comprehensive mold exposure treatment. Lastly, you will learn ways to find a doctor skilled in diagnosing and treating mold sickness.

How Mold-Related Conditions Are Diagnosed

The technology to detect the presence of mycotoxins in the body wasn’t available until fairly recently. Today, mycotoxins can be detected by a small number of laboratories. One of the leading laboratories for mycotoxin detection is RealTime Laboratories. They use an immunology test called an Enzyme Linked Immunosorbent Assay (ELISA) to test urine samples for Aflatoxins, Ochratoxin A, and Trichothecenes. RealTime laboratories and other labs have shown that these mycotoxins can be detected in the urine and other body tissues and fluids of people who have been exposed to toxin-producing molds in their environment, whereas people with no known exposure to molds or mycotoxins have no or very little detectable mycotoxins.

A study published in 2013 used these recently developed techniques to test urine from 112 patients diagnosed with Chronic Fatigue Syndrome. The researchers found that 93% were positive for at least one mycotoxin and almost 30% had more than one mycotoxin present. Ochratoxin A was the most prevalent mycotoxin detected (83%) with trichothecenes as the next most common (44%). Over 90% of those positive for mycotoxins reported current and/or past exposure to a water damaged environment.

While antifungal drugs or natural antifungal agents can be used to treat direct fungal infections (when the fungus itself is growing within the body). However, antifungal drugs can cause damage to the body, and should be prescribed with caution.

Treatment for mold exposure is more difficult and does not respond to antifungals since the mycotoxins are typically present without the presence of the fungus itself. Mold treatment and the treatment of illnesses caused by mycotoxin exposure begins, first and foremost, with avoidance of further exposure to water-damaged environments and items contaminated by those environments.

Doctors who treat mold exposure and have experience in working with mold sickness treatment also recommend decreasing exposure to other toxic chemicals including pesticides, heavy metals, and volatile organic compounds and fragrances in order to reduce total toxin exposure and improve the body’s detoxification abilities.  Another mainstay of treatment is the use of what are known as sequestering agents. These are non-absorbable materials such as activated charcoal, clay, chlorophyll, and the drug cholestyramine, which are capable of binding toxins in the gastrointestinal tract, thus reducing re-circulation and ultimately lowering the total toxic load.

The use of antioxidants, especially glutathione, and the treatment of nutritional deficiencies, especially vitamin D, magnesium, zinc, coenzyme Q10, and B vitamins, is also reported to be helpful. Probiotics and various dietary therapies, especially the identification and avoidance of foods to which one is intolerant, are also commonly used along with the treatments mentioned above.

Finding A Doctor Who Specializes In Mold Exposure Treatment

If you want to find a doctor who has experience in diagnosing and treating mold and mycotoxin-related illnesses, where do you start? You can look for mold doctors through the American Academy of Environmental Medicine which publishes an online directory of members. Do not confuse this organization with the American College of Occupational and Environmental Medicine which officially denies the existence of adverse health effects related to the inhalation of mycotoxins.