Military family advocates are questioning whether officials are tracking and treating the health issues that are linked to their military housing rife with mold, rodent infestation, lead paint, and other issues. The issues with these problems in military housing started with families’ concerns about health, noted Karen Ruedisueli, deputy government relations director for the National Military Family Association. “It does seem that some families were exposed to some hazardous issues within their installation housing,” she said during a Tuesday meeting of the DoD Military Family Readiness Council.

That association would like to see a collaboration of the Defense Health Agency with housing officials, “to make sure that families who believe they are suffering ill health effects as a result of their housing health hazards, are receiving appropriate treatment, either in the direct care system or in the civilian network of providers,” said Ruedisueli, a member of the council.

DoD is collecting data on the health effects, said Dr. Terry Adirim, deputy assistant secretary of defense for health services policy and oversight. In addition, a team of DoD’s housing and environmental staff and the Defense Health Agency’s public health staff is looking at the issue to determine whether there are gaps in policies and procedures, she said, and whether a more expansive risk assessment is needed for children who are beneficiaries in the DoD health care system.

DoD housing officials are also looking at their processes to make sure residents understand their options to talk to the medical team on the installation any time they have a concern about their housing, regardless of whether they live on or off the base, said Pat Coury, principal director for facilities and housing in the Office of the Assistant Secretary of Defense for Sustainment. “The housing office should be helping direct them to the right people,” she said. “We want to be sure everyone understands the process.”

Some families have reported that even after they visited their military health care providers and those providers wrote letters about the need for the problems to be fixed because of a health hazard, or the family should be moved, the housing companies didn’t act. But this issue is important not just to the families living in houses now with problems that could be affecting their health, but to those who lived in those houses previously, Ruedisueli said. Because military families move so frequently and the occupants of the houses change very quickly, Ruedisueli said, she asked if DoD is reaching back to families who lived there, at least fairly recently. That’s one of the issues the team is exploring, Adirim said.

Robert McMahon, assistant secretary of defense for sustainment, told the council that defense officials are working on key efforts to address the problems long term, such as a tenant’s bill of rights which he hopes will be completed within 60 days. Among other things, that document would provide for some method of withholding rent from the private company if a tenant’s problems have not been addressed in a timely manner.

Another effort will be to ensure there’s a tenant advocate in the military housing communities, with defined role and responsibilities. Military officials are also restarting command training on the issue. Previously, this was part of training for installation commanders and senior non-commissioned officers, on dealing with the program of privatized housing. “Over time, it slid off the table,” McMahon told the council.

Families have been frustrated that there was no one to turn to on the military/government side when they couldn’t get results from their privatized housing company. The effort to address these problems long term will extend throughout the military command structure, to convey that “we have to do better,” he said.

Executives of the privatized companies have a similar understanding, McMahon said, noting that he has met with them three times over the last 45 days, and the conversations and focus will continue. “I expect them to get us there,” McMahon said. “If they don’t come willingly, we will get to the point that we will modify their behavior one way or another. “I would just as soon have them do that voluntarily, and I think that’s what will happen.”

Hidden Danger: How unseen hurricane damage could be lurking in your home 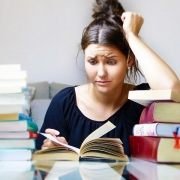