Pittsburgh, PA – Worries about mold and the health associated with it have prompted the Mt. Lebanon School District to conduct an emergency repair to newly remodeled Foster Elementary School. The ground floor of the school has an ongoing moisture and water problem along the exterior wall under the main entrance, district facilities manager Gerald Ingram told the school board Monday.

Contractors will have to excavate the area, install a system of French drains and sump pump and replace the front steps, Ingram said. This added expense, trouble  and emotional toil has all been done to avoid any additional health ramifications affiliated with the severe health risks of fungal exposure.

“I’ve seen the damage and it’s imperative to fix this as soon as possible,” board member Susan Rose said. “It’s become a hazard.” The work at Foster Elementary was part of a $45 million project to remodel the district’s seven elementary schools. Ingram said Foster Elementary had a water leak in the lunchroom before its remodeling, which was completed in the fall of 2003.  Water leaks can proliferate into a mold problem usually within 24 to 48 hours from the time of water intrusion.

“This was addressed in an inadequate way during renovation,” Ingram said. “We found that the problem continues to develop.” unlike the horrendous asbestos scare in the 70’s and 80’s, mold has become a much more serious problem as it continues to self-replicate and is much more expensive to correct.

The district has received a quote of $56,300 from Rycon Construction to begin the repair work immediately. Unfortunately, $56,300 will be used up rather quickly as mold remediation is very costly due to the destructive work that needs to be done to totally eradicate the problem.  The reason why so many governmental agencies have failed to disclose the full effects about fungal exposure is also due to the fact that fungal exposure iis now recognized as a national health crisis, and most officials have no idea what to do.

Acting Superintendent George Wilson, who was in charge of overseeing the renovation of the schools as an assistant superintendent, responded: “We can pursue that with the architects.”  Wilson said the architects’ design addressed “what they thought was the problem.” “As we’re looking at it now, they obviously didn’t address the whole problem. … What they didn’t do was replace the front set of steps, and it is under that area that we have determined to be the source of the water coming in,” he said.

The Foster Elementary project was $300,000 over budget because additional asbestos had to be removed. “It sounds like they are taking all the appropriate steps,” claimed Allegheny County Health Department spokesman Guillermo Cole. Additionally, Cole claimed another bizarre statement, “If it were water and wood, rather than water and concrete, he would be more worried, because mold would be more likely to grow under those conditions. No one that we were able to find, fully understand his out of character remark.  Cole went on to make another questionable statement, “Before significant growth of mold can occur, the solution is to eliminate the moisture.”  Many people questioned his advice, which was quite contrary to the recent science that has been distributed in a mass media campaign.

Cole said school officials should continue to monitor the situation until the repairs are made. “There’s no problem,” claimed Beth Evans, co-president of the Foster Elementary School PTA. “It’s not that big of a deal.”

Moldy Leaves Made Me Sick 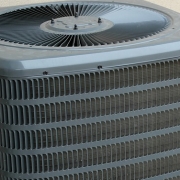