Ochratoxin A is a metabolite produced primarily by members of the Aspergillus ochraceus group and a number of species of Penicillium, especially P. viridicatum. It has been found in some samples of food and feed grains, including grains, nuts, spices, coffee beans, olives and grapes.

Frequently, citrinin or PA is produced by these same fungi simultaneously. In the field, however, injury from ochratoxin poisoning has occurred chiefly (or only) in poultry and swine. Listlessness, huddling, diarrhea, tremors, and other neural abnormalities are often encountered in broiler poultry production in the southeastern United States. Ochratoxin damage to the kidneys of swine is characteristic enough to be called “porcine nephropathy,” which is recognizable and recognizable in commercial slaughtering.

All kinds of laboratory animals tested have been sensitive to injury by ingested ochratoxins. Regular consumption of a ration containing several hundred ppb of ochratoxin results in poor feed conversion, reduced growth rate, and general unthriftiness, accompanied by reduced immunity to infection by bacteria and viruses.

Other prominent features of ochratoxin poisoning are increased water consumption and increased urine production because of kidney damage. The increased urine production in pigs results in the floor of the pig pen being constantly wet and needing to be cleaned daily. Toxicosis from citrinin and ochratoxin A occurs most often in Denmark and other Scandinavian countries and is associated with P. viridicatum in barley. At slaughter, the kidneys may be found to be enlarged and pale, with an uneven cortical surface and cortical fibrosis. Lesions may also be evident in the liver. 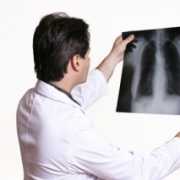