Eighty percent of buildings in St. Petersburg’s historical center are plagued by mould and toxic microorganisms, says a report by city doctors. Dangerous to both people and the buildings, mould is destroying the city from within, they say. Experts from the city’s State Sanitary and Epidemic Control Board started surveying buildings in 2000-2001, when doctors began getting increased numbers of complaints and the number of illnesses recorded rose.

The most common illnesses associated with mould in apartments are chronic rheumatism, asthma, bronchitis, skin allergies, immune deficiency and even tuberculosis. High concentrations of toxic microorganisms in the air get into the lungs as people breathe causing severe health problems.

According to the city branch of the State Sanitary and Epidemic Control Board, one St. Petersburger dies of tuberculosis every 20 hours.The weather is not to blame; the mould is city officials’ fault, St. Petersburg doctors say. “Paris has about as much rain as St. Petersburg does,” said Professor Vitaly Antonov, leading researcher at the St. Petersburg Institute of Mycology, where fungi, including mould, are studied.

“The only difference is that there they repair the roofs on regular basis, whereas our roofs are covered with rusty holes,” he said. “The same is true for basements. If there is mould in a house – either inside or outside – it is the result of the irresponsible and poorly supervised work of the communal service staff, and in no way an inevitable attribute of humid climate. Corroding walls and ceilings, mould and fungi lead to the disintegration and collapse of roofs, ceilings and shelters over entrances, he said.

“The city’s drainage systems aren’t functioning,” Antonov said. “When it rains, the water – along with all possible microorganisms – gets absorbed into the walls. Through a chemical reaction, concrete turns into plaster.”

The city’s refined architectural ensembles and monuments suffer as well. Vladimir Timofeyev, director of the Museum of City Sculpture, said almost every monument in town is affected by mould or corrosion to some extent. “Marble sculptures probably suffer the most,” Timofeyev said. “Rotting microorganisms calcify the surface of marble.” But City Hall says the local climate is too tough to fight.

As Olga Taratynova, deputy head of the committee for the preservation of historical monuments, said even a completely restored monument requires cosmetic touch-ups in as little as a year after repairs because of the high humidity and frequent temperature fluctuations.

It is impossible to repair every building every year, as no budget can possibly afford it, she said. Both doctors and restorers offer the same cures. The list of recommendations include a mass program to drain basements and repair roofs around town, a much earlier start to the communal heating program in autumn and a thorough upgrade of protection systems that stop rising damp.

Timofeyev criticized the quality of modern builders’ workmanship. “Yes, the city was built on a swamp but our ancestors took much more effective measures,” he said. “For instance, I saw the remains of centuries-old drainage facilities on Sennaya Ploshchad and was stunned to see that they still serve as a watertight barrier to in places where the entire system is still intact.”

Mold Can Cause Permanent Health Problems

The Cost of Two School Improvement Projects Has Jumped $200,000 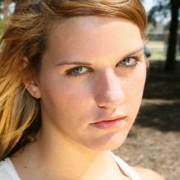