Cape Coral, FL- Cape Coral tornado victims have a new problem to worry about – their health. Mold is already starting to form inside some of the damaged homes and the problem is expected to get worse.

Homes damaged by this week’s tornados have blue roofs, broken roofs, or no roofs at all. With several days of storms on the way, the homes could become full of water-soaked insulation, soggy Sheetrock and toxic mold.

“Mold’s a big concern for me with allergies and stuff like that so I’ll be keeping an eye out,” said Wendy Ciesielski. Ciesielski won’t just watch and wait for mold to grow, she brought in equipment to fight it.

The pipes snaking through the front yard are pulling moisture out of her house, but they can’t save everything. “The guys just ripped out part of the walls and insulation and stuff because it’s not drying out,” said Ciesielski.

Mold can grow in mattresses, chairs or any furniture with water damage, long before you can see it. “We’ve had a couple people who have been forced to move out because of allergic reactions to mold,” said Cape Coral building official Paul Dickson.

Dickson says the timing of the tornado was actually fortunate. “After the tornado went through we had a day and a half where we didn’t get a lot of rain or any rain at all. Gave people time to get the blue tarps on the roof,” said Dickson.

As long as the furniture, carpet and interior isn’t wet, when put on properly, blue tarps will work. “They’ll be adequate to keep the houses substantially dry. It’ll be effective, it really will be,” said Dickson.

Mold can cause headaches as well as respiratory and sinus problems. Several private companies test for and remove mold. 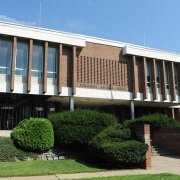 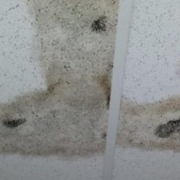 Worried About Mold in Your Workplace?