Your smartphone case might be bugged. Studies have found that molds and mites easily proliferate on the covers of smartphones, which generate heat and provide favorable environments for the minute lifeforms. Many of the detected molds were Aspergillus and blue molds that favor humid conditions.

Nobuo Hamada, a researcher at the Osaka Museum of Natural History, said, “If you regularly wipe the inside of the covers, you can drastically decrease the presence of molds (and mites).”

Dust and moisture can easily accumulate inside smartphone covers. In addition, the cases are warm, even in winter, because the smartphones generate heat. Molds and mites can proliferate under such conditions.

Hamada looked into the relationship between the proliferation and the length of use of the covers. He found that molds started appearing in the cases after about a month of usage.

Cases used for periods ranging from one to two years contained an average of 26.4 molds, his study showed. For cases in use for more than two years, the average number of detected molds soared to 73.1.

The cases of female smartphone users contained an average of 24.0 molds, while the figure was 28.8 among male users.

Teenage smartphone users had an average of 20.2 molds in their cases, while the corresponding figure was 47.3 for those in their 30s or older.

The cases of smartphones usually kept inside bags had an average of 20.7 molds. The average figures were 23.8 molds for smartphones kept in breast pockets and 32.5 for those stored in trouser pockets.

Nobuo Hamada, a researcher at the Osaka Museum of Natural History, who has studied molds inhabiting the living sphere of humans.

Another Family Loses Health and Home to Mold 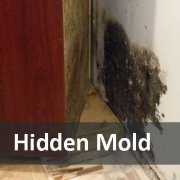