Cylindrocarpon occurs in soil as a saprophyte or weak pathogen associated with roots of many herbaceous and woody plants. Mycelial growth plays a major role in the survival of the fungus in soil and its spread to new substrates. Conidiospores and chlamydospores are also produced.

Black-foot disease caused by Cylindrocarpon obtusisporum and C. destructans and Phaeoacremonium grapevine decline are impacting table and wine grape vineyard establishment in California. Although the full problem is yet to be measured, grape growers throughout the major production regions in California have reported economic losses in replant costs to both diseases.

Cylindrocarpon can also be harmful to humans as it can produce strong mycotoxins called trichothecenes. The trichothecenes are potent inhibitors of DNA, RNA, and protein synthesis, and have been well studied in animal models because of concern about their potential misuse as agents of biological warfare, due to their ability to alter DNA, destroy the immune system, internal organs, bone marrow, and effect the brain (primarily the frontal lobes) .

For treatment, symptoms, articles, and much more information, see www.mold-survivor.com

Mold: Clarifying the Hype and Hysteria 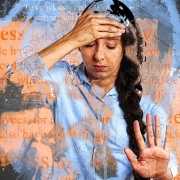 Another NC Couple Lose Home and Health to Mold