The Corvallis Rental Property Management Group took on that bane of Pacific Northwest living — mold — at its monthly meeting Tuesday at the Elks Lodge. On hand were Dawn Duerksen and Steve Duerksen of Duerksen and Associates, Noah Chamberlain and Sarah Saul of Access the Law and Tracy Oulman, housing and neighborhoods coordinator for the city of Corvallis.

The lines of authority are simple. Landlords and property managers are required to deliver units to tenants mold-free, with the tenants responsible for keeping it that way. The outcomes, however, are seldom that simple. “Landlords need to ask about fans and opening blinds and be proactive,” said Dawn Duerksen. “You need to get light in the home (to limit moisture buildup).” Turning the heat off can lead to mold. Piles of dirty and wet clothes on the floor can cause mold. Pushing furniture up against the wall fuels mold. Proper ventilation and uses of fans is a must, and you also need to watch for gutter and window issues as well as plumbing leaks.

“You need to look at mold seriously,” said Chamberlain, whose firm serves as the legal counsel for Oregon State University students. “One dot of mold doesn’t mean the unit is uninhabitable. You need to educate your tenants.”

Duerksen & Associates has had good success using a $25 moisture meter on mold calls. Just point the gizmo at walls, ceilings and gutters to help identify water sources. “It’s the hardest and most frustrating when you can’t see the mold, “Dawn Duerksen. The Duerksens also will place a dehumidifier in a unit, with Dawn noting that “it’s a great resource because it helps you measure the problem by seeing how long it takes it to fill up with water.”

Oulman said that city code enforcement officials also use the moisture meter. “And when you get a complaint,” Oulman said, “we make sure the landlord and the tenant are there at the same time. The beauty of the gadget is that it provides a fact that can be observed by the landlord together with the tenant.” 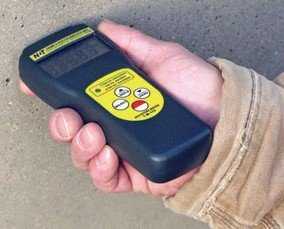 “Don’t skimp on this,” Chamberlain said, “or mold can come back more readily.” Chamberlain cited the example of a washing machine breakdown that floods the carpet — and the floor beneath it. “You’ve got to get the carpet dry and what’s underneath as well,” Chamberlain said. “Otherwise it can extend to next season and cost you more money down the road.”

Carpets continually pose mold challenges, Dawn Duerksen said, noting that the company’s leases forbid tenants from using “rug doctor” products on the rug. “Rug doctors use enormous amounts of water, and it has to be sucked out,” she said. One unit had such a problem with carpet moisture that mushrooms were found growing in it.

On to bathrooms, the panelists noted that it’s not just fans that must be in good running order … it’s the ventilation system as well. “When you replace fans,” Dawn Duerksen said, “if you don’t have it vented then your fan is not doing any good.” Oulman noted that the city recommends using timers on bathroom fans to make sure the bathroom gets as dry as possible.

Chamberlain counseled against using bleach on surfaces, recommending warm soapy water instead. “Bleach makes the surface look mold-free but it doesn’t remove spores, and it can come back almost immediately,” he said. “Use a mild detergent that doesn’t strip paint off the wall. And if the mold comes back in 24 hours that’s an indication it’s something larger.”

Saul of Access the Law, who works with the firm’s non-student clients, noted that money a property manager spends now can sometimes save money later, particularly in cases where illness or personal injury results from mold. “That can be far more expensive than the remedial steps,” she said. “You are much better off spending the money up front.”

The group also discussed basements, not from the mold perspective, but reviewing the legality and habitability of basements being rented as bedrooms. “Would you want your kid to live in that basement?” Dawn Duerksen asked. “If the answer is yes then make sure it’s legal. If no, then don’t have them live there.”

Steve Duerksen outlined the code issues involved with basement rooms. They must be at least 70 square feet and there are also height requirements and window dimension rules, with the window regulations aimed at making sure a tenant can get out and a firefighter in full gear can get in. “Students are great at having three people on the lease and six people living there. We know that’s a problem,” said Chamberlain, who also noted that landlords need to be cautious when advertising a unit as a four-bedroom when it really is a three-bedroom with a basement that is not legal.

“And always be aware of what your tenants are doing,” Saul advised.