In the early 1990’s I moved in to xxxxx, Apt. B, San Diego, 92129. When I moved in, it was myself, my husband, and my three children, Julio, Jacqueline and Frankie. Shortly thereafter, my husband was required to return to his native country of Mexico. In 1996, the lease for the apartment was placed solely under my name.

There are approximately 500 units within this apartment complex. Throughout the entire period of my family’s residence here, there were always necessary repairs that went unaddressed. During these years, upon HUD inspections, only specific apartments were chosen to be shown to the afore mentioned inspectors. Our home was not one of these chosen apartments.

In 2001, our upstairs neighbors had a leak in their bathroom. The maintenance crew came in and addressed the actual leak itself, but even though they saw the damage done to our apartment, did not address the hole left in the ceiling from the leak or dry out the residual water damage from the leak. Within no less than two months, I began to notice on my bathroom ceiling, the entire ceiling, would become discolored with dark stains. I would attempt to remove these dark stains by cleaning with bleach. However, the stains kept returning. As time went on, a damp, musty smell would become more and more prevalent.

In late 2002, I became pregnant with my husband and my fourth child. I became ill almost immediately with nausea, headaches and dizziness. Because my husband did not reside with us at the time, we would go and visit him in Mexico. I began to notice that these symptoms of ill health only occurred upon entering our residence in San Diego. Also, my daughter, Jacqueline, at this time started running in school activities. She exhibited breathing difficulties and required an inhaler on a regular basis.

Over the years, we had requested, verbally, on a regular basis certain things that need to be fixed, please be fixed. In the early 2000’s it became required to make requests in writing. Although not fully documented in the property manager’s paper work, it is clearly documented that as of early June 2003, my family was complaining of leaks within the apartment. These requests for repairs, including the hole in the ceiling and the residual mold in the ceiling were never addressed.

By this point, two of my four children had developed asthma. My son, Frankie, began to have consistent recurrent nose bleeds. Our forth child, Sebastan, was born in August of 2003. Since his birth, he has had intermittent, pulmonary and digestive problems. He has been hospitalized and required intestinal surgery at one month of age. Since his birth, it has been almost constantly necessary to visit a vast array of physicians on a regular basis.

In August of 2003, I was told we needed to vacate the premises within thirty days because I was not keeping a close eye on my eldest son, who, had run into a bit of trouble. He was not bad enough for us to be evicted. I think we were evicted because I complained of the mold. It made me ill. The news of being evicted after calling this home for over ten years and the fact that I had not been able to live in my home for quite sometime, was very distressing. I was already eight and half months pregnant and not well. I went into labor on the same day as the news of eviction. The next day, while I was still in the hospital with the birth of Sebastan, I received a call from Ben, the leasing agent for the apartment complex. He informed me during this phone conversation that they had finally investigated the mold in my apartment and I would not be evicted, simply moved to a new unit within the complex. Even though I continued to pay rent from the end of August, 2003, until late Sept, 2003, the new apartment was not available to us. I believe HUD was also charged for rent during this time.

In late Sept, 2003, my family moved into the new unit, 10752. (Unit #2) The property owners began to eradicate the mold in the old apartment, replace cabinets, etc. and remove any evidence that mold had ever been a problem in unit 10756. (Unit #1) In addition, they informed me that none of my deposit would be withheld for the repairs required to the first unit. (Unit #1) The deposit would be applied in full to unit 10752.(Unit #2) My sister, who is also a property manager, found it to be odd in the manner of which they were addressing the situation. She advised me to take pictures of the mold that I and my children had been living in for quite some time in Unit #1 prior to our move. I did.

In October, 2003, after the mold had been fully eradicated from Unit #1, not even one month after moving into the new apartment, I received an eviction notice of 30 days to vacate, supposedly for a bounced check. Even though I have bank documentation to validate their reason for eviction is not correct, they choose to proceed anyway. The message is: complain of mold within your apartment and you will be used as an example to other tenants to keep their mouths shut.

In November of 2003, I, and three of my children, including a constantly ill newborn were homeless. My brother, along with his family of five, graciously took my family of four in to live in his three bedroom house. Space is tight. Tension sometimes runs high. But I and my children are thankful to have a roof over our heads. And thankful for help of our family. Everything we own, personally, is in storage. My children’s clothes, toys, etc. all things familiar of children’s childhood.

In April of 2004, after having my world turned upside down from this fiasco, I went to buy something at the store on my debit card. It would not work. I called my bank. To my surprise, the apartment managers had levied my bank account in the amount of $688.00. It was falsely for three months rent from Oct 2003 to Dec 2003. And for damages to unit #2, which we had lived in for less than one month. We did no damages to this apartment. In addition to the $688.00, they also refused to release my deposit amount of $350.00. I have a copy to verify payment for the month of October. I have documentation to show we did not reside in the apartment complex in Nov and December of 2003. Again, I believe HUD was also being charged for these additional months rent while the apartment sat vacant.

My home, my children’s health, my health, my credit and ability to rent another apartment has all been taken from us. I have difficulty obtaining work. I can’t remember anything and I am constantly running my children to the doctor. Because of the eviction, even if I did have money, no one would rent to me. I worry about Frankie. He is thirteen now and starting to run with the wrong crowd. I am too tired to help him. I don’t know how much longer we can survive under this stress. 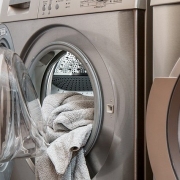 Dream Home Turns into a Nightmare for Retired Couple