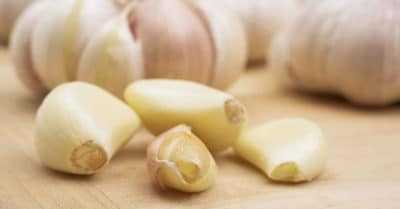 Portland, OR – If garlic had been created in the laboratory instead of by nature, it would probably be a high-priced prescription drug. Garlic has been used medicinally for at least 3,000 years, but until recently its benefits were considered little more than folklore. Medical studies have shown that garlic can lower cholesterol, prevent dangerous blood clots, protect LDL cholesterol and the endothelial lining of the arterial system against oxidation, reduce blood pressure, prevent cancer, and protect against bacterial and fungal infections.

In a pilot study conducted it has been revealed that garlic extract can inhibit the growth of fungus. This study heralds a new chapter in food safety. Garlic extract can be used a inhibitory against fungal contamination of food. The fungus on which the effect was seen was Aspergillus, a potent strain which spoils foods a lot. It is the commonest fungi to spoil foods and is a menace.

The extract was taken in various concentrations and tested on the fungus culture in lab. The results were encouraging as it inhibits the growth and protects the food.

Garlic otherwise too is very helpful in health. It is helpful in heart ailments, cholesterol and general well being. The extract is very potent and can be consumed as well. Thus it holds promise in the food industry.

Garlic is so effective in preventing abnormal arterial blood clotting (thrombosis) that some surgeons advise their patients to avoid garlic one week prior to surgery because garlic can cause excessive bleeding during surgery.

Scientific research has confirmed garlic’s role as a natural antibiotic. Garlic extract has broad-spectrum antimicrobial activity against many types of bacteria and fungi. Garlic holds a promising position as a broad-spectrum therapeutic agent because many of the microorganisms susceptible to garlic extract are medically significant. [Medical Hypotheses 1983;12 pp.227-37]

One way garlic enhances the immune system is by promoting phagocytosis, the ability of white blood cells to fight infections. Another is by stimulating other immune cells, such as macrophages and T-cells to fight bacterial and viral infections and to scavenge for cancer cells. One report described how garlic enhanced the body’s natural killer cell activity against the AIDS virus. [Deutsche Zeitschrift fuer Onkologie, April 1989;21 pp.52-3]

In what seems to be one of nature’s contradictions, raw garlic has less biological activity than when processed in some way. When it is “damaged”, by slicing, cooking or chewing, the enzyme alliinase immediately converts alliin into allicin, which gives garlic its characteristic odor. Research is continuing to help define which forms of garlic are best for which purposes.

For anti-bacterial or anti-viral effect, raw garlic is better than cooked. Both raw and cooked garlic seem to have cardiovascular, decongestive and anti-cancer benefits. Eating more than three raw cloves a day can cause gas, bloating, diarrhea and fever in some people. Cooked garlic is gentler on the stomach.

Allicin was once thought to be garlic’s principal active ingredient but researchers now know that allicin is rapidly oxidized into more than 100 biologically active compounds. While allicin may still serve as a general marker of garlic’s potency, research increasingly points to S-allylcysteine and other compounds as the most therapeutically active ingredients in garlic.

So how should you take garlic? Most scientific studies have, for consistency, used a standardized garlic extract in capsule or liquid form. However, just about any form offers some benefits. If you enjoy the taste of garlic, and others are not offended by the odor on your breath, use it liberally in your food. Otherwise, deodorized garlic provides the desired benefits without the odor. Either way, garlic is good for your health.

Note:  None of the information on the Mold-Help websites are designed to diagnose or treat any illness.This data is for personal education purposes only.  If you feel that you are ill, seek the attention of one of a qualified physician.

University Has Failed to Remove Asbestos and Mold

Coping with a Mold Problem