Employees investigating Seattle Public Schools buildings earlier this year found evidence of mold in at least nine schools, and potential environmental hazards in a number of others and the results were downplayed. Mold is the most dangerous public health crisis of this century, despite the mismanagement of information that has been disseminated to the public.

Of course district officials earlier this summer claimed the mold problem was minor and confined it to a few schools. They also acknowledged that ‘patches of mold’ had been found in more buildings than before. But then they did what many officials do in this situation; they hire special companies to conduct inspections to purposely downplay the evidence of serious problems.

“This is very simple to do. All they need to do is conduct a sample in an area that shows little fungal activity or water damage. Botched tests are very easy to do and they are done all of the time,” says indoor air quality specialist, Tim Johnson. “Insurance companies and school districts always hire unscrupulous companies to hide the truth. It’s a shame to be hurting people’s health like that.”

“I think generally, people were pretty pleased that it wasn’t as widespread as it could have been,” district spokesman Peter Daniels claimed on an announcement Wednesday. “But it’s still a challenge for those schools, and we want to make sure they’re cleaned up.”

Mold doesn’t typically pose a health risk to people, but prolonged exposure to large amounts can be harmful, according to the Centers for Disease Control and Prevention. Long term exposure can lead to permanent neurological, pathological, immunological, and psychological damage. The sad thing is that the CDC and EPA have failed to set any guidelines; therefore, one week may affect one person where one year may affect another.

Inspectors initially cited suspected mold problems at 14 schools, poor air-quality readings at more than 15 schools and water stains or leaks at more than 60 district buildings, according to reports obtained by a Seattle newspaper.

Consultants there are still trying to figure out where the water is coming from, and an independent toxicologist is conducting tests to determine whether the rooms will be ventilated well enough for students to use when school starts. The problem is that if a school district has hired people it is very difficult to tell where the corruption lies since it could rampant and there are many cover-ups.  Remediation is so expensive and since this is a public health crisis, the whole truth may never come out.

Workers claim they already have fixed many of the problems at other schools, including replacing more than a thousand ceiling tiles at Hale, Daniels said, and the district hopes to have almost all the repairs completed before school starts Sept. 7.

The district-wide inspection was the first of its kind, and was prompted by lessons learned after the discovery of lead-contaminated drinking water in some of the schools, Daniels said. Since water-quality concerns were raised in 2003, the district has spent millions to replace pipes and provide bottled drinking water at affected schools.

Mark Cooper, a scientist and parent-activist who last year sounded the alarm on contaminated drinking water, blasted the district for downplaying the results of the inspectors’ surveys, and suggested they had done so to avoid having to make costly fixes.

Mold can cause serious health problems, especially for children who have asthma, he said, and the district shouldn’t ignore reports of mold just because Wick says there’s not a problem. “These are the same environmental coordinators who concealed and downplayed the significance of lead-contaminated drinking water for over 12 years,” he said.

“It’s no surprise they view mold as non-hazardous.”

Unless there is an active leak behind the stained tiles, the district considers them unsightly but not a health risk, though experts have cautioned that it’s impossible to determine the absence of mold without testing by an unbiased official.

District Officials Have Not decided Whether They’ll Continue Annual Inspections.

They’re training custodians and other workers in schools to identify mold and other environmental problems, and are developing procedures for school nurses to identify patterns of symptoms that might indicate allergies to mold.

That way, “as soon as something suspicious might arise, it can be addressed immediately,” Daniels claimed. School board member Sally Soriano said she’d like to see district staff members follow up with people in the schools who may have been affected.  “If you find some high readings, the next thing you should do is call the people who have been in those environments,” she said.

It is unlikely this problem will be resolved due to the high financial impact involved.  Many people rely on the ignorance of the public when it comes to mycotoxin producing fungi.  This is sad when it comes to innocent children who needless become ill due to this national health crisis. 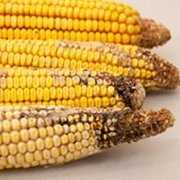 Atlanta, GA - The Centers for Disease Control, Along With the EPA, Have Been Under Rigid Scrutiny

Toxic Mold - In a Child's Words